Visit Us at Haystack Connect 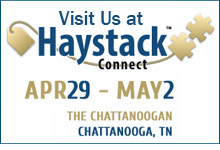 April 2013 – Contemporary Controls will be exhibiting at the upcoming community-focused Haystack Connect 2013 event in Chattanooga, Tennessee on April 29 - May 2. Haystack Connect2013 brings together systems integrators, technology suppliers and early adopter customers that are advancing the state of the art in intelligent buildings and energy management. This community-produced event demonstrates a natural progression - with open technologies, no single manufacturer or organization can drive the industry. The inspiration behind Haystack Connect2013 is to find the best solutions to advance the state of the art in intelligent buildings. The event enables the community to come together in this effort.

Contemporary Controls will showcase products at Haystack Connect that maximize the benefits of both BACnet and Ethernet that support our product vision of BASautomation® - Building on BACnet - communication, integration, visualization and control. A few showcased products include:

Participating in the conference, George Thomas, President of Contemporary Controls will present Embedded Linux - a Standardized Platform for IP Applications. As processor speeds increase and memory costs shrink, upgrading to 32-bit processors running a full Linux implementation looks attractive for automation projects. This is especially true when the application calls for a TCP/IP stack which is readily available under Linux. So what are the advantages and disadvantages of embedded Linux in terms of cost, support and functionality? Mr. Thomas' presentation will be held during the Hardware Track on Wednesday, May 1, 10:30am - 12:00pm, that highlights the next wave of hardware advances that are transforming price points, system architectures and redefining "the possible".

For more information on our Building on BACnet solutions visit, www.BASautomation.com.

Visit Us at Haystack Connect