BACnet - Building Automation and Control Network - was developed by the American Society of Heating, Refrigeration, and Air-Conditioning Engineers (ASHRAE) and is now both an ANSI and ISO standard. The standard continues to be maintained by ASHRAE's SSPC-135 committee and enhancements are frequent. The intent of this open standard is to allow building owners the opportunity to pick and choose BACnet-compliant equipment from various vendors. BACnet embraces object modeling where a physical device is characterized by a group of standardized objects. Each object type has a defined list of properties. The value of each property identifies the uniqueness of each object such as the present value of an analog input object. Devices provide services to other devices which can vary based upon the complexity of the device. BACnet devices are classified by their device profile which is based upon the services that the device can offer. Device profiles can range from a simple Smart Sensor (B-SS) to a complex Building Controller (B-BC).

The BAS Remote is classified as a BACnet application specific controller (B-ASC) while providing a convenient method of expanding building automation systems in the field when using Ethernet for network communication. In addition to universal I/O points, the unit functions as BACnet/IP and Modbus TCP remote I/O, a Modbus Serial to BACnet gateway, and a Powered by Sedona Framework controller.

The BAS Router is used to route messages between BACnet/IP, BACnet Ethernet and BACnet MS/TP networks. Two versions are available-a DIN-rail mounted unit for fixed installations and a portable unit for commissioning and troubleshooting. 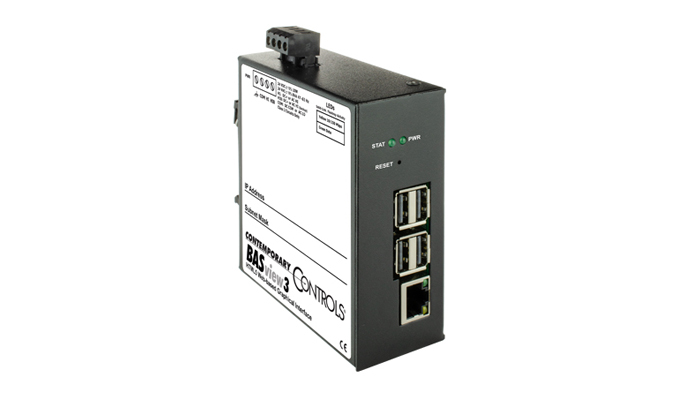 The BASview is a stand-alone, embedded, web-based graphical interface for building automation and process automation systems. It can be accessed from any web browser - providing client functionality to any BACnet/IP or Modbus TCP system. 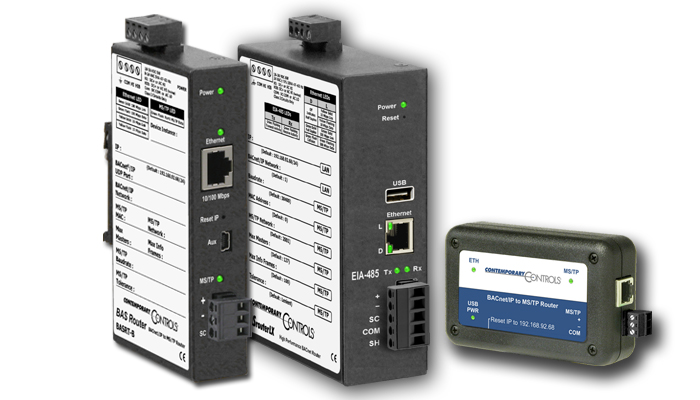 The BASrouters are multi-network routers used to route messages between BACnet/IP, BACnet Ethernet and BACnet MS/TP networks. Three versions are available - two DIN-rail mounted units for fixed installations and a portable unit for commissioning and troubleshooting. 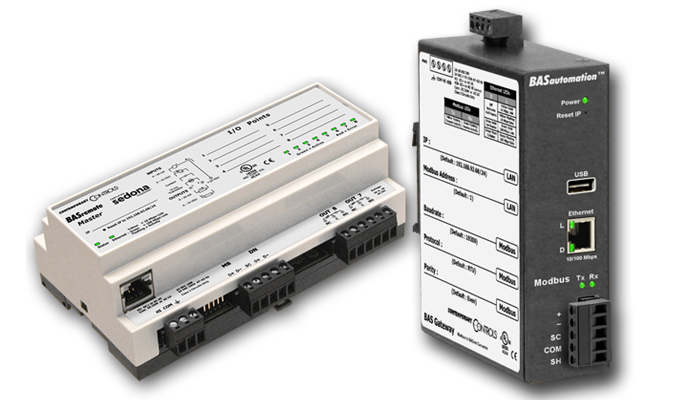 Gateways map individual Modbus registers into BACnet objects. With the BASremote, all connected Modbus devices appear as one BACnet device object with a collection of object points representing the various Modbus registers. Using the concept of virtual routing, the BASgatewayLX treats each connected Modbus device as a separate BACnet device with object points representing only those registers of the addressed device. 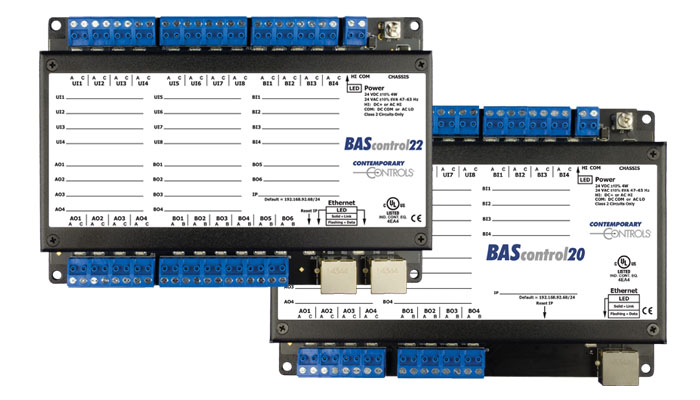 The BAScontrol Open Control Series utilizes BACnet/IP as an open communications protocol, Sedona for open visual control programming, and the BAScontrol Toolset for unrestricted use in program development and archiving. Ideal for unitary control of air-handlers (AHUs), fan coils (FCUs), and rooftop units (RTUs), these controllers are freely-programmable and customizable. 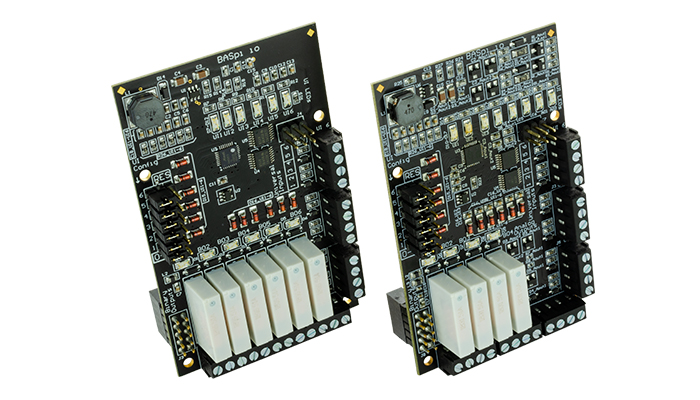 Designed for home automation enthusiasts, HVAC students and DIYers in general, the DIY products are not toys but truly open controllers built on both open software and open hardware. Using the latest micro PCs and resident control software, these DIY products allow the user to create next generation Internet of Things (IoT) platforms. 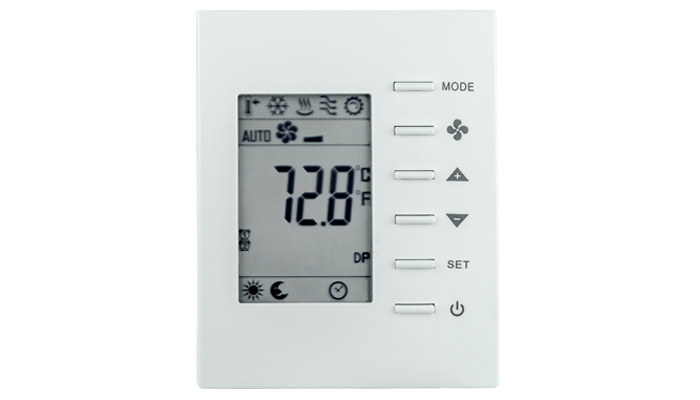 The BASstat line of BACnet Communicating Thermostats feature BACnet server functionality over MS/TP or Wi-Fi. Models exist for multi-staged heating/cooling of rooftop units (RTUs) and for 2-pipe or 4-pipe fan coils (FCUs). These devices can easily be supervised by BACnet clients. 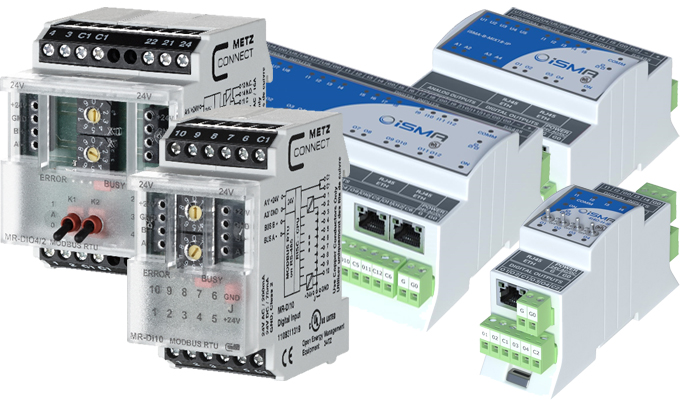 For those installations that support a fieldbus solution such as Modbus RTU or BACnet MS/TP, Contemporary Controls provides solutions for expanding the number of I/O points in the field. These compact cost-effective modules are available with analog and digital inputs and outputs in varying combinations.

Part 1: Briefly, What is BACnet?