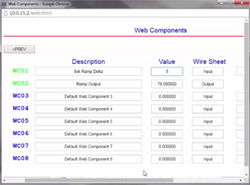 The latest video in the BAScontrol Video Series details how virtual and web components work as well as how users can set them up. Developed exclusively for the BAScontrol series of devices, users are able to utilize the custom components on both Tridium's Niagara Workbench and Contemporary Controls own Sedona Application Editor.

Reduce your Overhead by Enhancing your JACE