Following the announcement of the Raspberry Pi 4, BASpi customers have been asking us about compatibility with the Pi 4. The good news is YES, both versions of our 12-point expansion board will fit and function properly with the Rpi4.

The Raspberry Pi General Purpose I/O Pins (GPIO) pin-count and layout remains unchanged between the Raspberry Pi 3 and 4. Mechanical interconnect locations are unchanged as well. This means the BASPI-IO6U6R daughterboard with six universal inputs and six relay outputs, as well as the BASPI-IO6U4R2A with six universal inputs, four relay outputs, and two analog outputs will mount and operate seamlessly with either Raspberry Pi 3 or 4 to create a BACnet-networked, Sedona programmable controller with industry standard I/O. 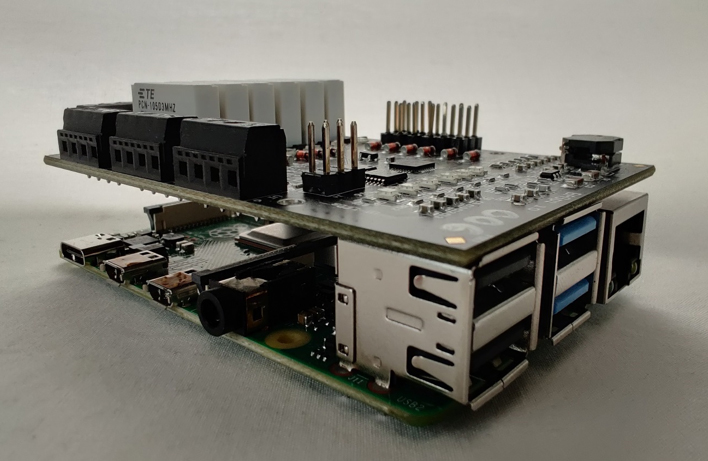 There are some advantages to using the Raspberry Pi 4. The Pi4 has two to four times more RAM memory than the Rpi3, offering 1, 2 or 4 GB of DDR4 RAM options (versus the only 1 GB DDR2 option on the Rpi3). The Rpi4 also has Gigabit Ethernet, 802.11ac Wi-Fi, and Bluetooth 5.0 for communication. The combination of these new features paired with our BASpi I/O HAT produces a next generation controller which allows parallel programs to operate concurrently giving more power to users. Both BASpi-IO boards are supported by the free BAScontrol Toolset which includes the Sedona Application Editor – used for graphical programming of sequences of control operation, BASbackup – project archiving utility, and BASemulator which provides controller emulation on your PC!